Wow what a place!

while traveling down from Ogden to Vegas, since I had an extra week, I decided to go over to Arches National Park.

I figured, even though it was cold, I could get some shots of the area with the short time I had and knew there wouldn’t be much time or opportunity for more than a few keepers. Day one was resting from the travels and planning for some shots, as well as getting acclimated to the temperatures. Day two was setting out and exploring, almost immediately I found myself in awe stopping at every place I could park to get out and take photos. The light was better than expected for day time photography, was a bit cloudy which softened the light keeping harsh shadows at bay.

I decided to take time to also enjoy myself and get candid photos of myself as well as some “snapshots” of sorts while waiting for afternoon light. 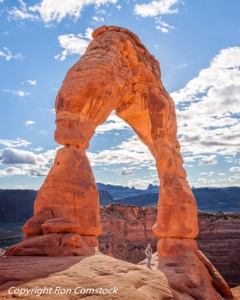 So once the afternoon light started coming into play, I began the real work. I had chose to be in an area of the park where I had several opportunities for several shots. I shot until all the light was gone, working my way towards the park exit.

All and all, I had a great time, came out with a few keepers and will be back to this place, I’m not done.